Careers in the field of commerce

Careers in the field of Arts

Career options in the field of science

May 04, 2021
Career options in the field of Science Science! Well it's not my cup of tea. It's only meant for "scholars". Only smart people can take up a scientific career. Technology = tech savvy. Well, let me tell you that this is something cliché. If your passionate about it then you should go for it. Another delusion that we live under is that people who take up science would pursue a career in engineering or medical, that these are the only options available. HERE ARE SOME OPTIONS IN THE FIELD OF PURE SCIENCE:  Physics-  Astrophysics/ Cosmology  Geophysics/ geology Atmospheric sciences  Earth and planetary sciences  Research scientist Professor/teacher Lab technician  Research analyst Radiation protection/ health physics Data scientist  Business analyst  Quantum computing  Physicist Biophysics  Quantum physicist  Theoretical physics Engineering fields. (Scroll down to check out the options)  Software developer Web developer  Graphics/Web designer/ Animation   Information tec
Post a Comment
Read more
April 21, 2021 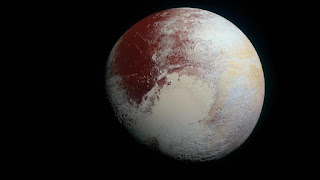 Why Pluto isn't a planet anymore?  Image src: https://www.forbes.com/      Pluto was the ninth planet of our solar system. Things were going exceptionally well for it until 2006, when International Astronomical Union said, 'Sorry, not everybody gets to be a planet'. Poor Pluto! But sometimes life isn't fair.          So, what changed in 2006?  Well, before 2006 there wasn't any strict definition of the word 'planet'. Instead, it was just an across-the-board given to celestial bodies that a) definitely weren't stars, b) also not asteroids or comets, and c) kind of large. But Pluto remained peculiar even with this definition. It was small, but not much farther out than one of the giant planets- Neptune. Also, it had an unusual orbit and a giant satellite. A giant satellite! Yes. Charon, one of Pluto's five natural satellite, is Pluto's largest satellite.  At half the size of Pluto, Charon  is the largest of Pluto's moons and the largest kno
2 comments
Read more

Why isn't Jupiter a Star? 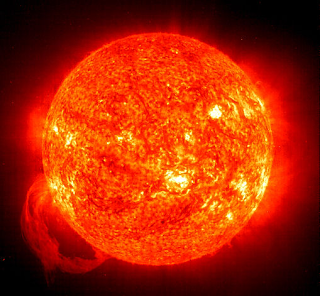 Why isn't Jupiter a star ? Jupiter is bigger than some of the stars in the universe . The smallest star yet discovered is EBLM J0555-57Ab. In our solar system, there are two objects larger than this star. One is obviously the Sun. The other is Jupiter, with a mean radius of 69,911 kilometers . Also the gas giant, is mainly composed of hydrogen and helium. Then why is Jupiter a planet and not a star?  First  let us understand what makes a star a star:   A star is a huge celestial body made up of hydrogen and helium that emits light and heat from churning nuclear forges inside its core. In order for this fusion to occur, the star should be of a certain mass. Mass of a star is pivotal in dictating the course of its life.                                           Nuclear fusion in Sun Jupiter does not have enough mass to cause nuclear fusion. Hence, it is not a star. EMBLM J005-57Ab has mass 85 times that of Jupiter. This is as light a star can be.  Even though Jupiter isn't a star
4 comments
Read more 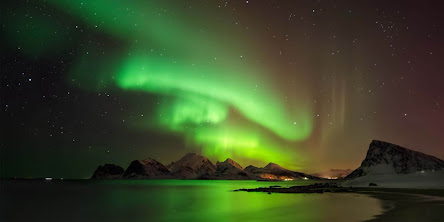 AMAZING AURORAS   Image src:  https://global.hurtigruten.com/ What are Auroras?   Have you ever wondered what causes these beautiful lights dance across the night sky?  If you are ever near the north or south pole you may be in for  a special treat! Time and again there are beautiful light shows in the sky known as Auroras . Near the north pole it is called Aurora Borealis or northern lights while near the south pole it is called Aurora Australis or southern lights .   How  are Auroras formed? Even tough auroras are best seen at night they are caused by the sun. Along with heat and light the sun sends plenty of other energy and small particles our way. The protective magnetic field around the Earth shields us from these particles. However the sun doesn't send the same amount of energy all the time. There is a constant streaming of solar wind. Sometimes solar storms also occur. These winds blast into the Earth's magnetosphere and change its shape. That darn sun tanning our bea
5 comments
Location: Mumbai, Maharashtra, India
Read more